Steve Harvey is a TV man who is adored by lots of people from around the world. However, he has been married three times and divorced twice. But, from the two of his divorce, the one with his former partner Mare Lee Harvey was the messiest.

Though the two split in 2005, Mary is still not stopping for accusations and allegations against the TV titan. We will leave the decision of “who is right” for you to make after you complete reading this article.

Who is Mary Lee Harvey?

Mary is well known for being the second wife of famous comedian and TV star Steve Harvey. Similarly, Mary was born in the 20th of October in 1960, making her 60 years old in October 2020.

Moving on, she was born Mary Lee Vaughn and belongs to African-American ethnicity who is a professional makeup artist. However, Mary was not in the limelight before got associated with Harley, meaning we have no information about her early life. Mostly, her educational background is under the rocks.

Also, for her life that is so known to the world, she has kept the information about her family private. But we will make sure to inform you about any information she decides to reveal in an instance. So do visit our page back.

Despite Steve Harvey and Mary Lee’s divorce for over ten years, the fans and media have not given up looking after what Mary has been up to. She’s the piqued interest mostly of Steve’s fans.

Likewise, just like how we already mentioned it above, Mary rose to limelight after she connected with Steve. But most importantly, her fame grew after their divorce was filed. Mostly because their divorce was not really regular but really messed up. Before Mary married Steve, she was a professional makeup artist. And she has always been one to date.

So what is Mary’s worth as a professional makeup artist? According to sources, we got to know that Steve’s second wife Mary, has a net worth of $1 million. But it also includes the compensation money Mary received through Harvey.

The Story Behind Steve and Mary’s Relationship

Honesty, yes, every celebrity is a human who searches for love like all of us normal people are looking for. Similarly, when Mary Lee and Steve Harvey’s love was blooming and new, it was love straight out of the movies. They met back in 1989 in Texas, Arlington, a comedy club. It was one of Steve’s performance that made Mary fall in love.

Well, before their story turned dark and scary, of course. But needless to say, one of them absolutely looks back to the day full of regrets. However, at the time when their romance still bloomed, Mary gave birth to her and Steve’s son Wynton Harvey. 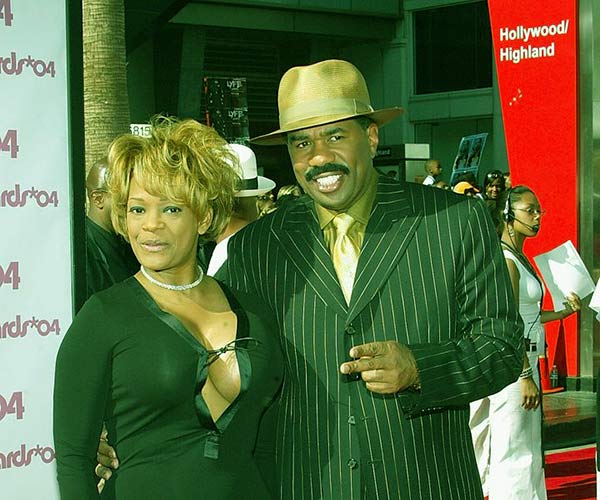 Caption: Mary and Steve- Before the Divorce

Steve Harvey and Mary Lee’s divorce got more attention than any other celebrity divorce got. It surely was an ugly fight with allegations and charges over and over again. Similarly, there was not just one-factor reasoning this divorce. Mary accused Steve of being unfaithful and cheating her with his current wife, Bridges. Similarly, she also said that he would abuse her and their son a lot, which made the house a living hell.

However, the charges were taken down, and Steve was free of the allegations. Not really because Mary was proved wrong but m mostly due to the lack of evidence. Just after 2 years of the divorce, Steve married his current wife Bridges in 2007, which again raised the issue and doubts if Steve was a good guy. 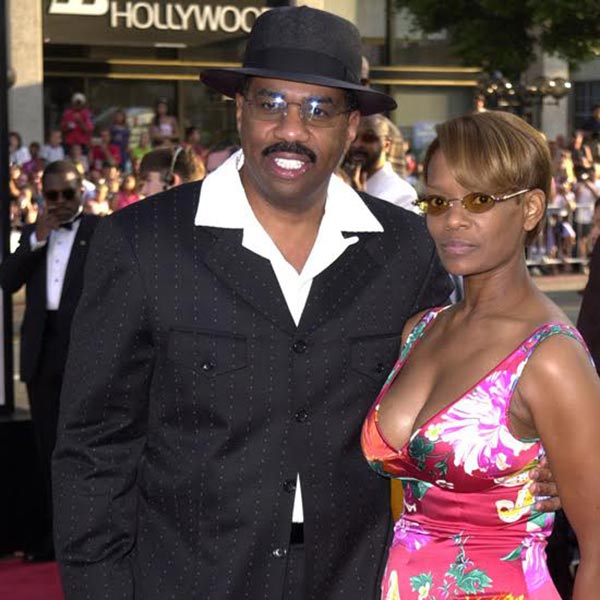 Caption: Reasons Why Steve and Mary Lee Got Divorced

Now making the scenario worse for Steve, Mary Lee has a couple of pictures posted in YouTube saying how she got abused mentally and physically by her ex-husband Steve Harvey.

Mary Was Once Behind the Bars

You might be wondering if Mary has a dark side that was hidden all along. And maybe it was the core reason for the divorce, and she is a criminal. If so, we are sorry to inform you that it is not the case in this situation. 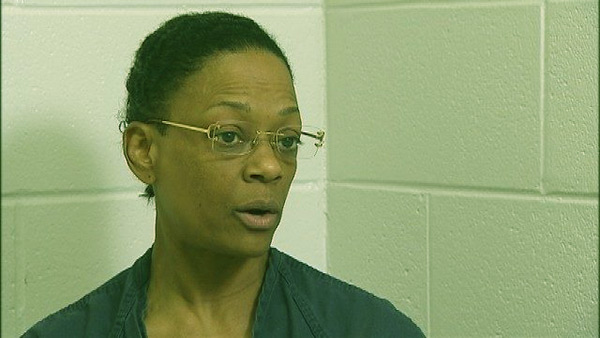 Mary is a woman who was stripped to motherhood as her husband won the custody of their child. However, their divorce did settle by Mary receiving $40,000 welfare money per month and Steve’s home. And since the divorce was messy and lengthy, they made a settlement that Mary is not allowed to talk about the divorce.

Years and Years passed, and in 2017, Mary once again filed another lawsuit against Harvey. She claims $60 million as she still is fighting for her mental health and traumas that Steve gave. She says Steve murdered her soul during the time he abused her and their son mentally and physically.

However, Mary did what she thought was right and publicly spoke about her divorce to Steve. Therefore, this resulted in chaos, and she had to spend a year in prison. Nevertheless, Mary claims that she did not break any kind of law and order. Because she is a member of a free country America and they have all the right to speak up regarding their personal life.

With all of the things that have gone in Mary Lee’s life, it is understandable that she wants to stay away from social media right now. Especially, social media is a ground for comments. And with a history so messy that too with one of the most famous TV star, its true you would want to stay away.

Anyway, In 2011, Mary did join Twitter; however, strangely it just ended there. She has lots of posts tweets and retweets, but that is all—no tweets since 2011.

“On the 6th of May, Mary tweeted, I am sick and Tired of Steve Harvey, his lawyers and being abused. My Son wants to come to see me and his Dad won’t let him.”

Some people believe that Mary’s allegations are just one way for her to frame Steve get his money, and still sit in the limelight. Some believe all her abuse story is false and that she has made it all up.

Similarly, some people believe that Mary is stating the truth, and she is deeply hurt by what Steve has done to her. The more saddening part is they think Steve might have been involved in a fraud. Which part of the story do you believe?