Fans of Schitt’s Creek, Eugene, and Dan Levy are no new names for you. However, you may not know that Eugene’s wife, who is not as famous as him but still is in the Hollywood industry. Deborah Divine mostly gained fame after being involved in a relationship with the 70s actor Eugene Levy.

Here are the unknown facts of Eugene’s wife, Deborah Divine.

Deborah Divine and Eugene Levey Are Married Since 1977

Deborah became a household name after she tied the knot to the American Pie actor, Eugene Levy. They have been married for forty-three years without any sign of divorce rumor. To make their marriage work, they faced many ups and downs together in their life.

Deborah loves living her life behind the camera and kept their dating and marriage life a low-profile. It might be the secret of their successful marriage, although the duo attended any shows, events, and red carpet together but don’t talk about their private life on the media.

Back in June 2017, Deborah’s daughter posted a photo of her and Eugene and wished a happy 40th anniversary. Look at the post below.

40 years today. Something to celebrate 🎉🥇

Deborah is a mother of two grown-up kids, Dan and Sarah Levy. Both of her children follow the footstep of her husband, Eugene and now, earned fame and fortune in the entertainment industry. 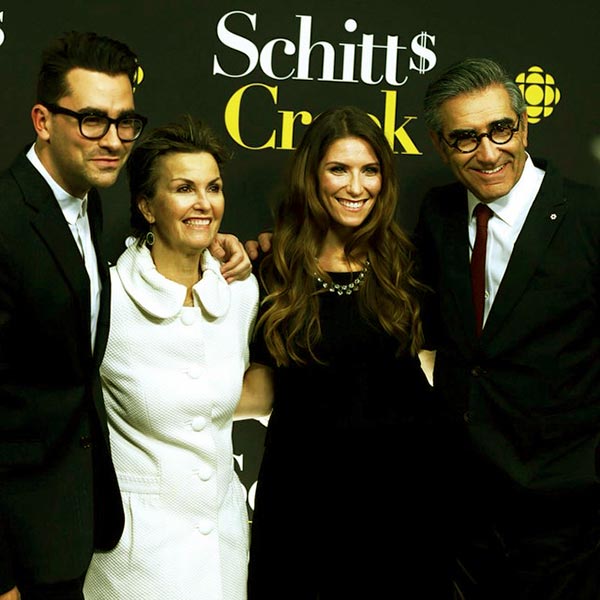 Caption: Deborah was ob CBC’s Schitt Creek premiered with her kids and husband in 2015

Deborah’s eldest child, Daniel Joseph Levy aka Dan was born on August 8, 1983, in Toronto, Ontario which makes his 36. Dan is an actor, writer, and producer.

He made his debut in 2009’s TV film, Degrassi Gies Hollywood, where he played the role of Robbie. Currently, he plays as David rose in CBC’s Schitt’s Creek that he co-created with his father. He splits up his tie between Toronto and Los Angeles. He has been living in LA, California, since 2005.

Divine’s son’s sexual orientation is gay. In the 2020 interview with Andy Cohen, his parents confirmed he came as gay when he was eighteen. Dan first shared it with his mom.

Watch the video below on which he said he is gay.

Deborah’s daughter, Sarah, is ab actress who is well known for her work as Teyla Sanda in Schitt’s Creek. Sarah Levy was born on 10 September 1986, and her age is 33 now.

After graduating from Dalhousie University, she tried her hand in the film industry and eventually worked in several televisions and movies that include The Dozen 2, Rommies, and Working the Engels. 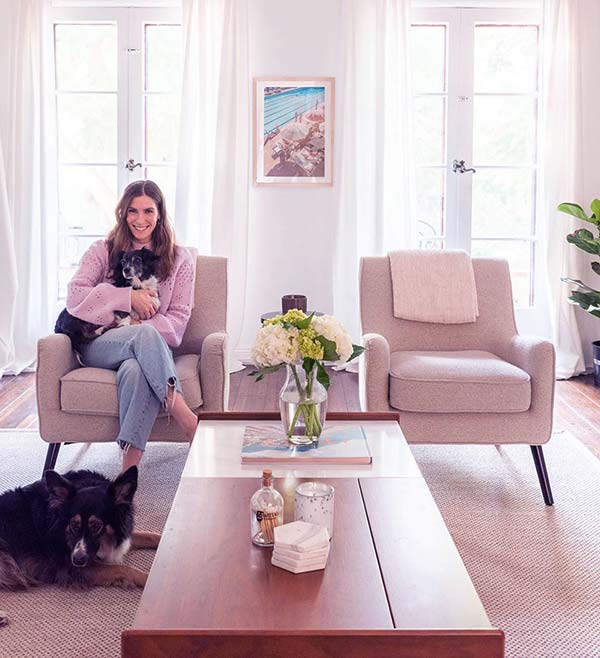 Caption: Sarah Levy sat down on the couch in her home with her two dogs

Deborah Divine is a Screen Writer

Professionally, Deborah is a screenwriter and has worked with her husband in many projects. Additionally, she is a production manager. However, she is known for her work for the show Manic Mansion created by her husband, Eugene. She wrote the script for the show.

Further, Eugene’s wife has worked for the movie The Edge of Night.

How Much is Deborah Divine Net Worth?

Speaking of her net worth, we can say that she is living a lavish lifestyle that most people wish of having. She makes impressive money from her writing skills. However, she hasn’t disclosed the actual amount of worth that she accumulated from her career publicly. But we assure you that the Deborah Devine has above a million net worth.

According to Zip Recruiter, a screenwriter earns an annual salary of $60,000 per year. Besides, she is a producer and worked in movies like Higgin Boys, and Another World. 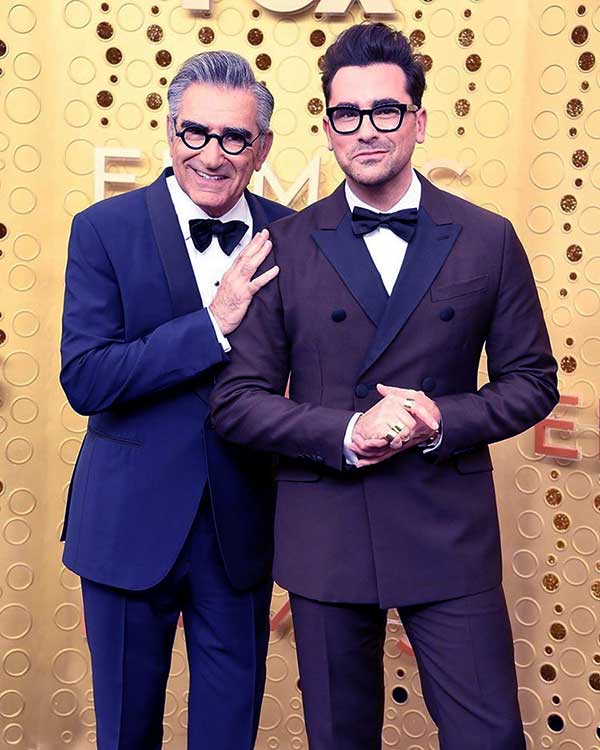 Caption: Eugene and Dan Levy both are playing in the TV series, Schitt’s Creek since 2015

On the other hand, Eugene Levy’s net worth is $20 million, as per Celebrity Net Worth. Being as a successful actor, comedian, and director, he earns an impressive wealth. In contrast, his son Dan’s net worth is about $3 million, and daughter Sarah’s net worth is estimated to be around $1 million.

Deborah Divine, aka Deb B, was born to mother Patricia Divine, but her father’s identity hasn’t been revealed yet. She was born in the 1940s but the date of birth, year, and month are under review. This shows, she is very secretive about her life and didn’t like to tell her story to others.

The blonde beauty might be in her late sixties and enjoying her romantic life with her hubby Eugene. As per Sarah Wikipedia, Deb B is Protestant whereas, Eugene Levy is Jewish. She celebrates both Christmas and Hanukkah with her family. Mother of two adult kids, Deborah, split her time between Toronto and Pacific Palisades.

Does She have Social Media?

On December 17, 2019, she took to Twitter and wished a happy birthday to her love of life. She tweeted,

“Oh, and Happy Birthday to my  @Realeugenelevy whose anti-aging thing is starting to piss me off!”

Oh, and Happy Birthday to my @Realeugenelevy whose anti-aging thing is starting to piss me off!