There are lots of women who earn fame and fortune by themselves, while some tend to get both of these two things from their marriage—Bree Ladd is also someone who understands her reputation after marrying LA Lakers basketball coach and former player, Luke Walton.

Bre Ladd stole everyone’s attention after she officially became the wife of Luke. Consequently, people around the world are googling her name to know everything about her. Let’s take a look below.

Bre Ladd is an Arizona Native

Full name; Bre Filene Ladd was born on April 19, 1984, which makes her 36 years old as of now. She and her older brother Josh both raised in Tucson, Arizona, by her parents Bob and Tammie. 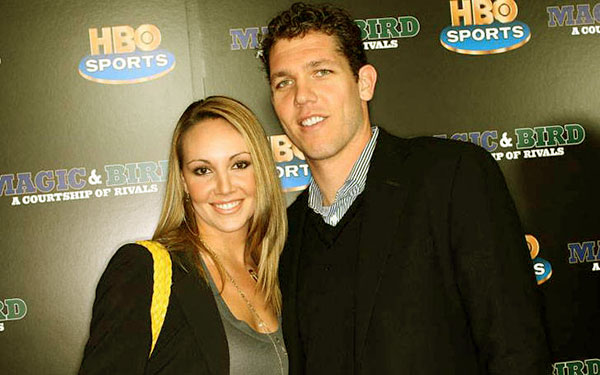 Caption: Bre Ladd is from Arizona

Also, she used sign language to mentor hearing-impaired students in Arizona for the deaf and blind. She has a passion for playing volleyball, which she later turned into her career. She managed time between her volunteer work and volleyball.

Bre Ladd is a Volleyball Player

She stands at the height of six feet, one inch tall, and has an athletic body. During high school, she played volleyball. As per her player profile from Arizona University, Ladd set records for career kills (971), career aces (146), and career blocks (146) at Canyon Del Oro High School in Tuscon.

Furthermore, she was named the 2001 Gatorade National High School Volleyball Player of the Year. Not only that, but she was also honored as the Tucson Citizen and the Arizona Republic Arizona State Player of the Year. The same year, she competed on the USA Junior National Team in the Dominican Republic.

Ladd Pursued her Bachelor’s Degree in Community and Public Health

Bree was one of the top students in high school and also an avid volleyball player. She chose to pursue a medical professional and particularly had aspirations to join the nursing school.

After completing high school, she was planning to attend nursing school. However, it is unknown whether she studies nursing or not.

Ladd and Walton’s love story as they met back in 2002 at the University of Arizona. As varsity athletes, Ladd played volleyball whereas, Walton played basketball. But they didn’t begin dating until three years, and later, they were together for another seven years before Luke proposed her on Christmas Eve.

According to Brides Magazine, Walton put a jewelry box inside a huge box and said to her that he’d gotten the earrings for her. But when she opened the box, she saw a beautiful ring.

After being in a relationship for ten years, the couple decided to marry and set August 27, 2013, as the date and said “I do” in front of 225 guests at The Little Nell in Aspen, Colorado. 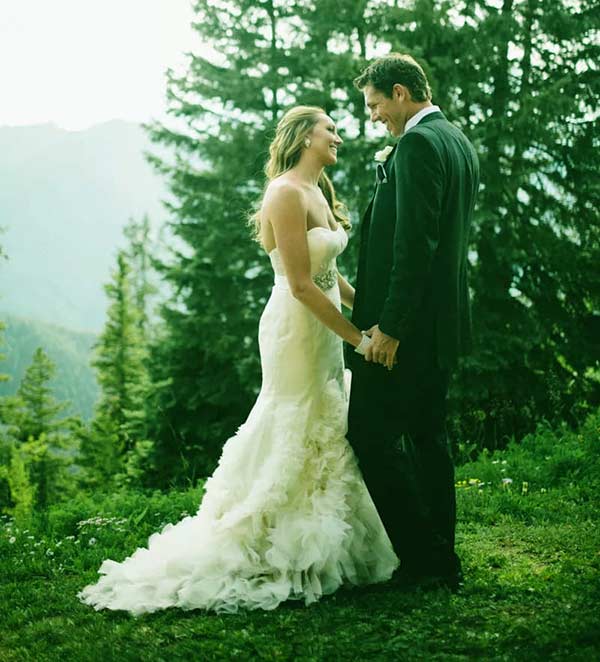 Caption: Bre Ladd and Luke Walton tied the knot after a decade of their dating

Bree said, “We wanted to go somewhere where our guest would enjoy spending a few days and where it wouldn’t be too hot in black-tie attire!”

On her wedding day, Bree accented her six frames with a figure-flattering gown with a ruffled ombre skirt designed by Hayley Paige. When it came to shoes, she wore a pair of flat Giuseppe Zanotti sandals instead of heels. On the other hand, Luke Walton wore a custom suit designed by Tom James.

Bree wore jewelry and wedding bands made by The Dina Collection and makeup by Suzanne Barnes.

Ladd Has Two Sons with Luke

Bree Ladd and Luke Walton are the parents of two sons. Their older son’s name is Lawson, born in 2014 and now, six years old. Their second son was born in 2016.

Neither Bree nor Luke have an Instagram account, so there’s not much insight into their day-to-day activities. It seems like the couple keeps their children away from the media and paparazzi and give them a healthy life like most children around the world.

The duo goes on a vacation to spend some quality time with their kids. Also, they have a dog and even goes for movies.

The female reporter said that he sexually assault her in a hotel room in 2014. Kelli Tennant, 32, is a former reporter at Spectrum Sportnet, and currently, she works as a wellness coach and podcaster.

According to Tennant’s lawsuit, Luke asked her to meet her in a hotel room in Santa Monica to discuss her book. She claimed that after arriving at the hotel, Walton forced to join him in his room, and then he physically forced himself on her.

However, the lawsuit was dropped due to insufficient evidence, while the reporter herself refused to involved in further investigation.

Bree is quite a private person when it comes to her personal life. She hasn’t flash much info about herself, including her profession and net worth. However, it is said that her estimated net worth is approximately $1 million.

On the other side, Ladd’s husband, Luke, makes a right amount of money from his professional career as a coach and player. Luke’s net worth was $16 million in 2019. As of now, he has a whopping net worth of about $20 million. 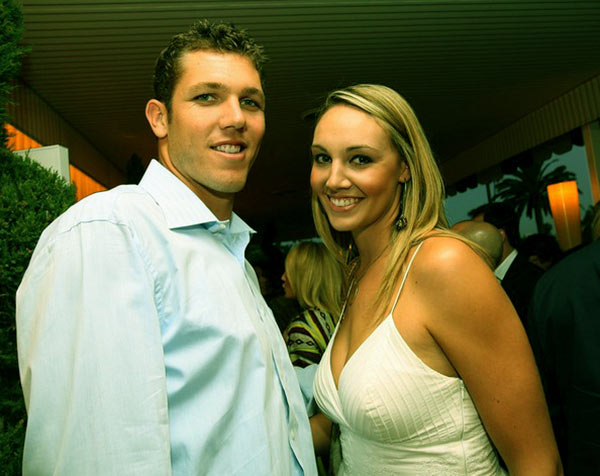 Furthermore, Luke has a house in the town nearby that he sold for $1.2 million after buying the new home. In 2018, the basketball coach bough a French Riviera-style home for $7.2 million.