Do you know the name, Kelly Clarkson who rose to prominence after winning the first season of American Idol in 2002? Since then, she is living her dream life and has sold over 25 million albums and 45 million singles across the world. She gained massive popularity through her professional career, but her love life is falling apart.

So, who Kelly Clarkson’s husband is? Here’s everything we known about Kelly’s husband, Brandon Clarkson. Before that, take a peek at the given facts.

Who are Brandon Blackstock Parents? His Bio

Born on December 16, 1976, in Fort, Texas, Brandon Blackstock became famous after marrying the American Idol winner Kelly Clarkson. Like his father, Brandon is no stranger to the music industry. Brandon followed the footsteps of his father and became a music manager. He is a talent manager with a list of clients, including Blake Shelton, Rascal Flatts, and many more. Caption: Brandon is known as the husband of singer Kelly Clarkson

In addition to his career, Brandon is also a pilot. His wife called him, “Mr. Manly Hunter Pilot Guy.” Furthermore, country singer Reba McEntire is his stepmom. His father, Narvel Blackstock, was married to Elisa Ritter from 1973 to 1988. Following the divorce, Narvel got married to second wife, Reba McEntire, in 1989, but it lasted until 2015.

Blackstock has two sisters Chassidy, Shawna, and also a half older brother, Shelby Blackstock. There is no information about his two biological sisters. It seems like they don’t want to disclose their personal and professional life in the media.

Other than that, the talent manager has a half younger brother, Shelby, who was born from his father, Narvel, and stepmom, Reba. Shelby Blackstock, 30, is a race car driver. His half brother dropped out of college to pursue a full-time racing career.

When Kelly Clarkson was rehearsing before the American Country Music Awards in 2005 and Brandon walked past her. Brandon met Kelly twelve years ago. At the time, the talent manager was still married to ex-wife, Melisa Ashworth.

However, the two reconnected after six years in 2012 at the Super Bowl, where Kelly performed. Country singer Blake Shelton was also in attendance to perform, ‘America the Beautiful’ that managed by Brandon.

The Stronger singer told SiriusXM listeners, Brandon thought she hated him, but ultimately, the two had their first date. After dating nine months, Brandon and Kelly moved in together. 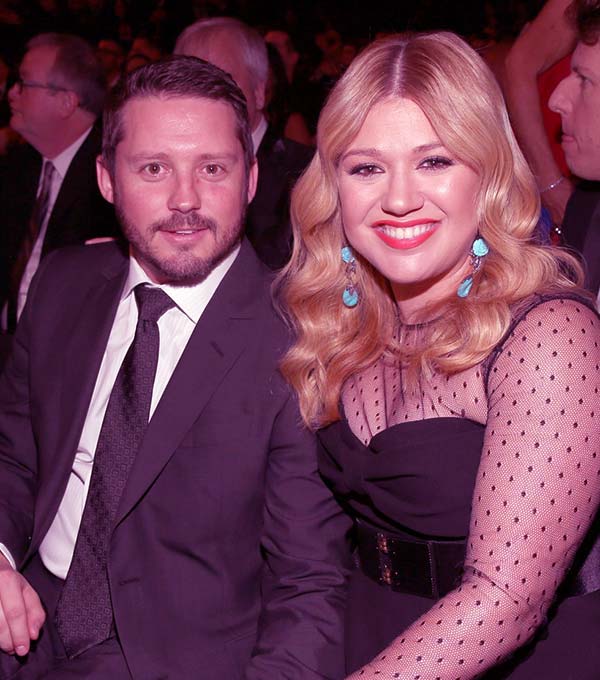 Caption: Brandon Blackstock and Kelly Clarkson were engaged in 2012

I'M ENGAGED!!!!! I wanted y'all to know!! Happiest night of my life last night! I am so lucky and am with the greatest man ever 🙂

While dating, the couple toured together and also have been on vacations worldwide, said Reba McEntire.

Brandon and Kelly Walked Down The Aisle in October 2013

The couple tied the nuptial in Walland, Tennessee, on October 20, 2013. Kelly confirmed the wedding with a photo by posting on her Twitter, saying, “I’m officially Mrs. Blackstock J.” On their marriage, his two older children also attended with their grandparents. His wife also shared their wedding video set to Patty Griffin’s “Heavenly Day.”

Although Brandon doesn’t use social media much, he shared a throwback photo from their wedding album to honor his wife on Valentine’s Day in 2015. He captioned the photo, “Happy Valentines to the love of my life!!!”

Happy Valentines to the love of my life!!! 😘

Brandon Is A Father of Four Beautiful Children 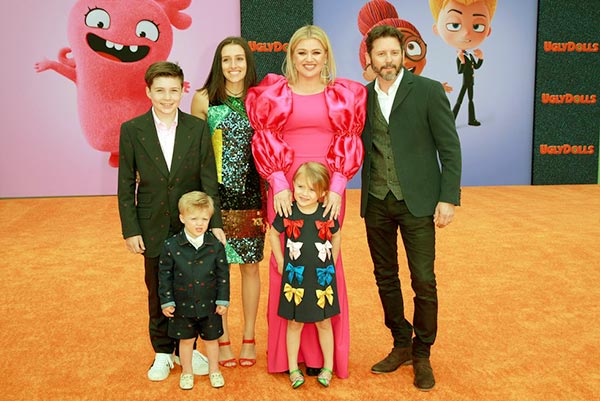 Caption: Brandon and Kelly made their appearance in the red carpet with all four kids

They welcomed their first baby, a daughter named River Rose on June 12, 2014. River Rose is the third child of Brandon and first of singer Kelly. Kelly gave birth to a son Remington Alexander aka Remy, on April 12, 2016. Remi is the second child of Clarkson and fourth of Blackstock.

Why Did Brandon’s Wife, Kelly Clarkson Want a Divorce?

After filing a divorce from Brandon, Kelly was seen without a wedding ring, as reported by People Magazine. According to a court document obtained that the American Idol winner submitted the divorce paper filed in Los Angeles in June 2020. However, the couple hasn’t commented on anything regarding this topic to the media.

She requested the court to terminate the spousal support to Blackstock. Also, the singer claimed her last name be restored and asked the court to enforce their premarital agreement.

Blackstock is a talent manager and has been managing Kelly’s career for years. He worked for several famous singers to date. Apparently, Kelly has a higher net worth than her Brandon. Kelly Clarkson has a jaw-dropping net worth of $45 million.

A few months earlier, the duo listed their Encino home on the market for $10 million.